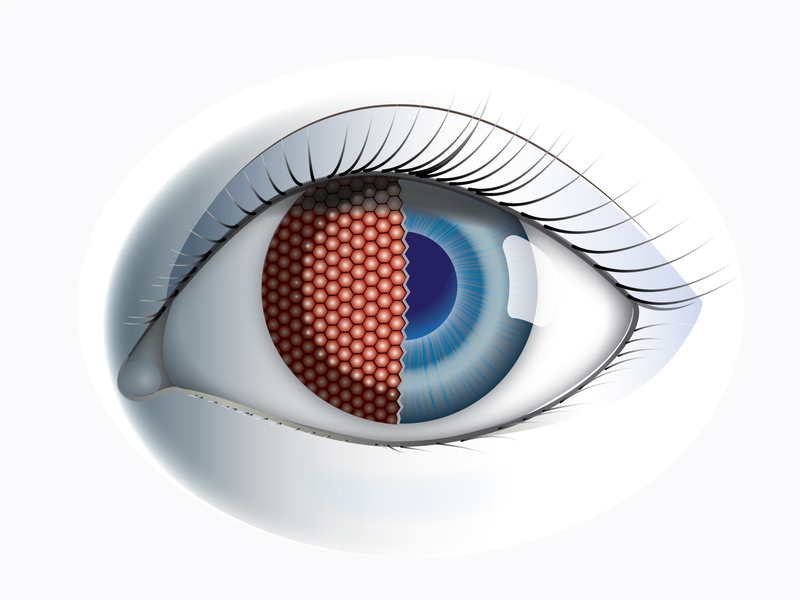 The neural circuits for motion vision are surprisingly similar in the fly and mouse brain. © MPI of Neurobiology/ Schorner

Motion direction is computed by similar types of neural circuits

At first glance, the eyes of mammals and those of insects do not seem to have much in common. However, a comparison of the neural circuits for detecting motion shows surprising parallels between flies and mice. Scientists have learned a lot about the visual perception of both animals in recent years. Alexander Borst at the Max Planck Institute of Neurobiology in Martinsried and Moritz Helmstaedter at the Max Planck Institute for Brain Research, both of whom have made a significant contribution to the current level of knowledge in the case of flies and mice, have now demonstrated the similarities.

A fly’s eye consists of more than a thousand individual facets and can cover most of the head’s surface. This provides flies with a panoramic view, as it were. Human eyes, in comparison, are small but mobile. Both can see colour, but the colour spectra are different. The fly brain can also detect more than 80 images per second separately from one another, while our limit is 24 images per second. Insects therefore see rapid movements much better and more precisely than we humans.

Despite all these differences, “seeing” is an essential sense for flies and humans – and their eyes face a similar problem: individual photoreceptors only “see” individual pixels in an overall image. The brain therefore needs to compute shapes, distances or movements from these individual items of information. But how? In their comparison of the visual systems of flies and mice, Alexander Borst and Moritz Helmstaedter have now been able to demonstrate that a few very efficient basic rules apparently determine these computations. “Insects and mammals are separated by about 550 million years of development and yet there are surprising parallels in how their brains process visual motion information,” explains Alexander Borst, who, together with his department at the Max Planck Institute of Neurobiology, analysed the neural circuits underlying motion vision in the fly brain. “It looks as if we have a very robust solution for computing the direction of motion with neurons,” adds his colleague Moritz Helmstaedter, who studies the wiring diagram of the mouse brain at the Max Planck Institute for Brain Research. In their article in the journal Nature Neuroscience, the two researchers have now elaborated the system parallels.

Photoreceptors respond to changes in contrasts – they increase or reduce their activity depending on whether a previously bright point darkens or a dark point brightens. A number of years ago, Alexander Borst and his team demonstrated that photoreceptors in the fly eye pass their information onto two groups of cells: one responds only to a dark-light change (“light on”), the other group recognizes only light-dark changes (“light off”). Scientists have known about a similar separation of contrast changes in the form of ON and OFF bipolar cells in the mammalian retina for more than 40 years. This parallel, however, is just the first of several similarities.

“This is where the parallels end,” says Moritz Helmstaedter. In the mouse brain, the fusion of ON and OFF channels still takes place very early in the wiring. The motion information originates from a relatively small area in the field of vision and is now linked with other information and sent to higher brain regions. In the fly, on the other hand, the motion direction computed in this way has already reached the neurons that affect behaviour: the motion information originates from a large area in the field of vision and, based on this, the neurons can trigger a change of course through the wing muscles, for example.

There could be two reasons for the parallels in the processing of movements that have now been shown. One is that the neural circuit already existed in the common ancestor of these very different species. Alternatively, the same circuits could have developed independently of one another in mammals and insects. Regardless of the origin of the parallels, their existence shows that it must be a very robust and proven processing pathway. “We assume that this circuit represents the best-possible computation of motion directions by neurons – requiring the minimum number of cells and entailing maximum energy efficiency,” says Alexander Borst, summarizing the results. This is a finding that may be an important basis for the development of artificial systems but also for understanding brain functions.